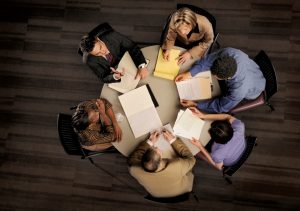 Last week, we discussed how intellectual property theft from China has been called an “emergency” by the Department of Justice. An emergency was declared because trade secret theft siphons off hundreds of billions of dollars from American companies every year. According to a 2013 report by the Commission on the Theft of American Intellectual Property, trade secret theft is responsible for $300 billion in American corporate losses every year.

One of the workers caught up in this scandal had been employed by GlaxoSmithKline for 10 years and had vast knowledge of drug development and manufacturing techniques. This employee stole PowerPoint slides, data concerning the chemical composition of medications and other research and development (R&D) information for her own gain. After stealing the information, this employee set up two companies in China and one in Delaware.

GlaxoSmithKline officials have claimed the breach won’t affect its business practices or R&D efforts, but as a pharmaceutical company, the theft could not have been cheap.

Why Trade Secret Theft Is So Costly in the Pharmaceutical Industry

In 2013, pharmaceutical company Johnson & Johnson spent a massive $8.2 billion on R&D projects and an additional $17.5 billion for sales and marketing. Over the course of a decade, trade secrets in the pharmaceutical industry can accumulate into the tens of billions of dollars.

These intellectual property assets are immensely valuable to pharmaceutical companies, who must ensure their medications have the quality necessary to receive Food and Drug Administration approval. There is no question that trade theft in this industry should be fought against with skilled and efficient legal representation.