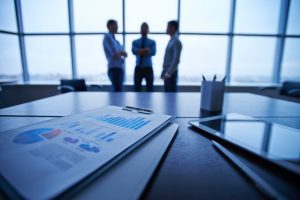 An epic legal battle between two camera makers is now underway, with Polaroid alleging GoPro stole the design for its portable camera, the Polaroid Cube.

Both products, which can easily be attached to equipment and clothing, have become popular among athletes with an appetite for extreme sports. The market for wearable cameras has done exceptionally well. With profits and demand soaring, Polaroid and GoPro are fighting a high-stakes game that could determine the future of both companies.

Taking a quick glance at both products, there are definitely some design similarities. The Polaroid Cube camera has a smooth and friendly looking design. Unfortunately, so does GoPro’s Hero4 Session camera.

Polaroid and its marketing company, C&A Marketing, are claiming GoPro only recently adopted the cube design. A quick Google search shows the previous Hero cameras were rectangular and bulkier.

Trade Secrets are Priceless to Companies

Companies pour millions of dollars into researching and developing high-tech products for consumers. When trade secrets are exposed, the economic losses can be catastrophic. In cases where trade secrets are stolen, the millions, and sometimes billions, of dollars that went into creating products can be all for nothing.

Consumers need to be able to recognize quality products as the achievements of companies responsible for creating them. When two products look identical with similar features, both companies can face harmful consequences.