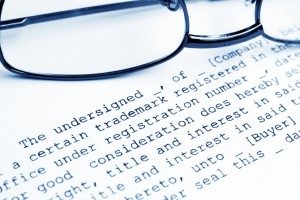 Whitney filed the lawsuit in the Southern District of Mississippi federal court on behalf of his company, GIT-R-DONE Productions. Since 2001, Whitney has sold candy bars, foods, t-shirts, beer, hats and cigarette lighters using the famous catchphrase. In fact, the catchphrase has made Whitney an enormously successful man with an estimated net worth of over $60 million, making him one of the wealthiest comedians in the country.

GIT-R-DONE Production’s lawsuit alleges the gas station’s use of the catchphrase is likely to cause confusion and damage to Whitney’s famous trademark. Whitney is seeking damages in excess of $75,000 in addition to the destruction of trademarked merchandise sold by the gas station.

Why Trademarked Catchphrases Are Vital to the Success of Businesses

Trademarked phrases help businesses and people market to their audience. In many cases, trademarked catchphrases are vital to the success of a business. Imagine that a company came along and stole the phrase “Just Do It”. Most people would associate the phrase with Nike, one of the most successful shoe manufacturers in the world.

Catchphrases can take years to develop before clicking with an audience, and many times these phrases are irreplaceable. Businesses that have their trademarked catchphrases stolen should always hire a business litigation attorney and begin exploring legal options. Every day a stolen phrase is used, its meaning is diluted for customers.